The unique scientifically proved opiate addiction treatment method was developed in 1992, when no one could assume that opiate addiction can be cured. Almost in 2 days the patient will be able to come back to active lifestyle (work, studies, sports and so on). However, he remains under observation of experts working according to Doctor Hiller’s method. Periodically the patient visits our addiction treatment Center for psychological and medicamental support.

Doctor Hiller studied opiate addiction in detail from different points of view, and eventually he has concluded that withdrawal pains stem from accumulation of noradrenergic substances in the brain. So the effective opiate addiction treatment includes using of special medications that will help to remove these substances from the brain within several hours.

The principal difference of this method from other addiction treatment methods is that withdrawal pains are provoked by using special medications. Such condition lasts for 3-4 hours while  standard withdrawal pains of heroin and methadone addicts last for 2 weeks and more. During the procedure the patient does not feel anything, because he or she is previously placed under light general anesthesia. So this opiate addiction treatment excludes physical suffering of patients.

During the cleaning procedure of the brain from noradrenergic substances vital indicators are necessarily controlled: oxygen content in blood, blood pressure, pulse, breathing, temperature and others. Opiate addiction treatment is carried out in intensive care department. 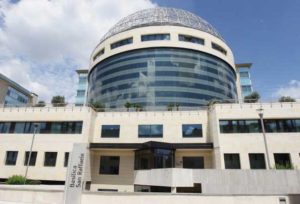 are group of biochemically active, very powerful substances, which are generated and accumulated in the brain of heroin and methadone addicts (as a reaction to presence of drugs similar to heroin in the body). Their presence cause abstinence syndrome (“withdrawal pains”).

The noradrenergic substances are the noradrenalin precursors, so they are the basis for adrenalin formation in the brain. This means that neither “waste products”, nor “toxins” are accumulated, as many people mistakenly believe. We are talking about excess accumulation of chemically active biological substances.

For effective opiate addiction treatment we must orientate ourselves in peculiarities relating to human brain pharmacology as well as in pathophysiology of an addict’s body.

The endorphin deficiency in the brain is observed in all heroin addicts that results in endorphin receptors failure. Disorders occur in histamine, serotonin, dopamine and other vital biochemical systems. So, it is necessary to consider such facts upon opiate addiction treatment. 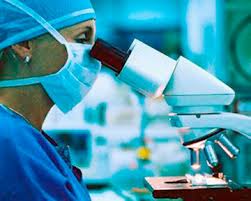 At first, Dr.Hiller and his colleagues faced, frankly speaking, with lack of understanding of other “experts” in this area all over Europe. With inestimable support of the Catholic Church (St. Raphael medical organization) he succeeded to show and prove that these opiate addiction treatment methods (first of all heroin and methadone addiction) are really developed on the scientific basis and they have a high degree of efficiency.

In 1995 according to instructions of the Minister of Health (Italy) the Committee consisting of the best Italian psychiatrists, anesthetists, toxicologists and pharmacologists was established. It thoroughly examined all stages of drug addiction treatment – 500 patients who underwent treatment according to Dr.Hiller’s method in St. Raphael hospital in Milan. The final report for the Minister described the results in detail, the Committee evaluated high efficiency and reliability as well as safety of Dr.Jacob Hiller’s methods of drug addiction treatment (see Decision of Italian Health Ministry’s Committee).

Click here to make sure and see the document certifying the acquisition of Dr.Jacob Hiller’s patents for opiate addiction and other dependencies treatment through the major NASDAQ auction exchange by American firm HYTHIAM. For additional information on this topic click here.